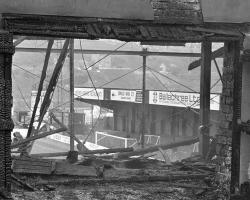 Bradford 4-1 Dartford: Match Report - view commentary, squad, and statistics of the game as it happened.Dover and out as Bantams cruiseBradford ensured there was no FA Cup upset as they beat Conference side Dartford 4-1 in a one-sided second-round tie at Valley Parade.Bradford took charge from the start and went in front after 10 minutes when the Dartford defence failed deal with Jon Stead's low across and Billy Clarke scrambled the ball over the line.The home side kept up the pressure and, after a series of near misses, they went further head after 31 minutes

Mark Yeates crossed from the left and Stead diverted the ball into the far corner of the net with a right-foot shot from eight yards to give Bradford a 2-0 half-time lead.The Bantams then put the result beyond doubt with two goals in two minutes

Portuguese winger Filipe Morais scored the third after 58 minutes with a superb shot from 25 yards after the Dartford defence failed to clear a corner.Yeates added a fourth a minute later after picking up a loose ball on the edge of the penalty area and beating keeper Jason Brown with a curling shot into the far corner.Dartford scored a consolation goal in the 64th minute when Lee Noble flicked the ball past keeper Ben Williams from Nathan Collier's cross